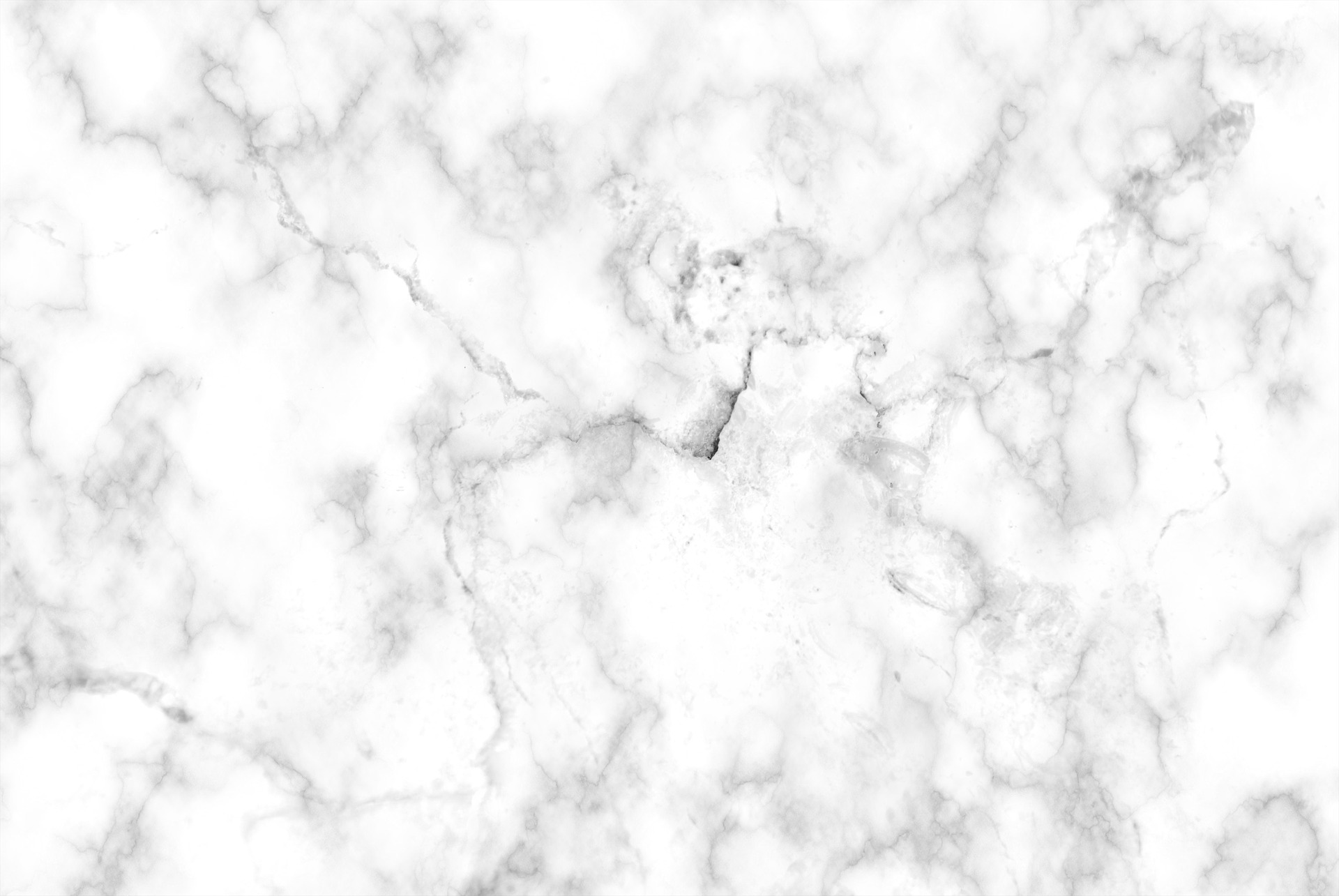 Posted at 18:15h in Uncategorized by alicia 0 Comments
0 Likes
Share 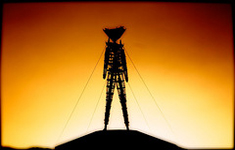 What is Burning Man? Perhaps the closest I can get to describing it is the glow in people’s eyes, as they try to put it all into words, and a shambolic smile to explain the unexplainable. Maybe trying to understand it from a distance is pointless; experiences like these you have to live, at least once. Each person has a singular Burning Man, somehow giving them what they need. Once a Burner, you belong to this sort of dusty tribe that is recognizable even after the festival festival is over and the visible signs have been washed away.

Burning Man has been going on for 26 years and its numbers have grown to 57,000 burners this year. Spread across an extraordinary environment, the Black Rock City in the Nevada Desert accommodates the Playa on a flat alkaline salt flat: a dry space 3,848 ft above the sea-level. There you will find a fan shape with locations from 2 o’clock to 10 o’clock aon the an imagined clock face, with streets named after flowers in accordance with this year’s theme of ‘Fertility 2.0’. In the centre of the fan, the Esplanade holds a park of around 38 art sculptures and installations, surrounding the Burning Man. These free standing sculptures, sometimes interactive, were made by artists all over the world, with great depth of meaning and complexity of concepts. You couldn’t help but be drawn into these narratives. Many of them were created by communities and then brought over.

The Burning Man, stands right in the center of it all, atop a three story wooden building. Inside, an incredible beehive design built using only wood, with separate pods that people could sit in at a height of 17metres watch the stars through vents in the roof. In a straight line in front of the man, and opposite the camps sat the temple. This year, made of several intricate detailed layers of laser cut wood, and surrounded by four gates, it was a somehow cosy and subtle yet powerful building. Visitors got married, cried the pain of their losses and performed many spiritual ceremonies. Inbetween all of this there are the art cars; for me the most enjoyable feature of the playa. People put so much love and effort into creating these joyous objects, and the results are just hilarious. Some of them have sound systems, some have bars. They’re a glorious way to get around. From a toilet, to boats and completely mad uber-space cars, there are no barriers to creativity here. And for those without such an automobile, the best way to get around the playa? The trusty bicycle.

Each camp had its own identity and how many there were. From big structures with traditional names such as Root Society and Nexus, to new, fresh and funky ones like )’(Ooligan Alley. It’s so rewarding to contribute and be part of a camp. The Ooligans started a couple of years ago and are named after the best of British beginners’ behavior, and is wielded under the headlock of a wonderful burning fairy of the desert, Wendy. For me, nothing was as fulfilling as to belong to a community and building something together, even after hours of non-stop work under 40 degrees heat. What a great bunch of people, the Oolies. Our camp looked and sounded fantastical, with two homemade domes, loads of LEDs (nice one Buster), an interactive aquarium (thanks to Tom and Neil), a mini yurt village and even fire flames, boom! Fede, the top hat maestro, got some great people involved in making this dream happen. He has not just my respect, but my admiration for the leadership style and the will that made things run smooth in the most enjoyable fashion. Planning this much fun could be a full time job, but it never felt that way.

Of course the dust deserves a dedicated mention: this is the one thing that it is with you the whole time, from the moment you roll in on it, through your initiation by the gates, until at least a day or two after you leave the Playa. Its so thin that it becomes part of your being, encrusted on the dry skin cracks and on each of our hair lines… Incidentally, the hair, or rather, the fringe styles I got out of this climate of chaos, made for something of a unique punk look. Dust storms have a dramatic joy to them; in two seconds you might be incapable of seeing beyond your own nose. Suddenly you are lost in the twister, surrounded by light and white dust. The only way is to surrender to it, and once you do, you almost miss it when it’s gone. This year there were warnings of extreme winds and extra dust, but what no one expected was that once in a blue moon, it rains in the desert. And as surreal as it sounds, that’s what happened. Together with friends Jonty and Adam, we had a traditional tea party at sunset of Saturday, before the big burn, on the further point of the Playa, right opposite the temple and aligned with the man. Singing ‘Blue Moon’, under our very own one, drinking another coincidence: Blue Moon tea, from a traditional English tea set and cackling over the polaroid pictures taken. One of my very finest moments! Music wise there is pretty much everything you could want, and I was lucky enough to see some unbelievable sets, and have my most loved tunes played by sunset, sunrise and golden stars.  Late nights and sunrise parties at Robot Heart, listening to Lee Burge, Nicolas Jaar and other fabulous djs – the memories drift over me like a blessing. Thanks to my lovelies Martin, Dom and Sam for sharing those bouncing moments.

Another great thing about Burning Man is the opportunity to not deal with money for a week, instead embracing the gifting experience. So no, no money, the only thing you can buy is coffee by the Centre Camp and ice. Apart of that, you have to come loaded with food, water and all you need to survive a week in the desert. And bring gifts too, things to give to people, to exchange. Inspired by the ‘fertility’ theme, I decided to be the official Busy Bee of Burning Man, in what in fact became a tiny art project. I targeted people in the crowd, asking them what was the ‘be’, ‘bee’ or ‘being’ inside them, to be looked at with puzzle eyes each time, lost in the play on words. I explained that what I wanted was to know was their motivation of being there. Whilst mine was ‘missbeehave’, I was amazed by how unique people’s intentions were. Making people think about their purpose for a few seconds, seemed to tickle their self-awareness. There were Blieve, Bfree, Bwonderful, Bnauthy, justB… I made golden target stickers for each person to stick somewhere they would see often, so they could remind themselves of what they want to B. I had loads of great conversations from these gifting moments, and to say goodbye, I gave them honey from Brazil (thanks to my mum, sister and best friend Ale, who managed to get this honey to me). Sweet experiences indeed! Another coincidence was that whilst I was playing with be’s and bees I was staying at 2B, meaning, the location of our Ooligan camp was 2pmBegonia, 2B… or not to be.

But Burning Man is about burning right? Totally right. To start with my face got a pretty thorough burning and I ended up getting a new skin. On the Thursday some of the artworks and installations were set on fire. On Friday, three buildings representing ‘Wall Street’ were supposed to be burned, but the wind was far too strong. Saturday was the day to burn The Man. Now, imagine the energy of around 50,000 people sitting in a circle around the man, with the art cars right behind. Between the man and us, a circle of over 20 groups of fire performers doing a jaw dropping displays. Those guys have been rehearsing since January and the groups go through some serious auditions. The moment arrived and man raised its arm; the expectation was so powerful that I couldn’t stop shivering. When the fire started, it quickly took over the building, provoking a strong mix of feelings: an overwhelming visual delirium, with fantastic pyrotechnics, synchronized fireworks, two massive explosions that shook the ground, a lot of heat and light and the biggest fire I’ve ever seen. It felt almost supernatural to see twisters coming from within the fire; timed and in pairs, they kept coming for an age, whilst I pinched myself to make sure it was all real. Seeing the man burn was more than a ritual, was one of the most fabulous moments of my life. This was followed by the best music with dancing through the night and morning. On Sunday night the temple burned. What a spiritual moment, different from the Burning Man; a silent deep push of letting go of that beautiful building and those great moments within.

I never thought that a festival could play such a role of change in people’s lives. It can be controversial, or in your face, just there, magic, or completely surreal, but Burning Man is beyond understanding. Worth every effort, it’s one more thing to live for and look forward to… until the next one.

PS. The only downer of the week – I managed to lose my camera on Sunday night, so if anyone turned up a Canon G12 then I’d dearly love to see it again.